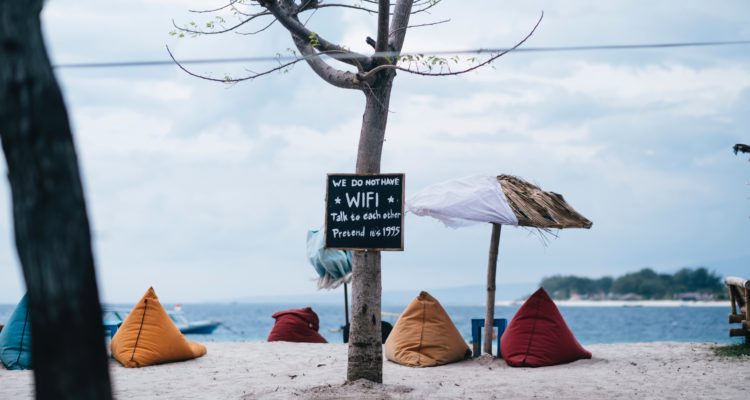 The strategic objectives of the Federal Council have been set, and digitalisation is to ensure growth and prosperity. The action plan is ready. The result: gold fever has broken out, and science is not immune to it—progress without limits. Humans’ thirst for knowledge has intensified in the zeitgeist of digitalisation. Researchers at the University of Bern reflected on the current euphoria for progress during an interdisciplinary lecture series organised by the Collegium generale. The main idea of the lectures was for each discipline to show what limits it faces, where these limits are and which research issues seem as yet insurmountable. In physics, it is becoming increasingly difficult to delve into the innermost realms of matter. In economics, the complexity of phenomena limits our ability to make precise predictions. Or the foreignness of other ways of thinking limits access to other cultures. The lectures from various disciplines were compiled into a book on the limits of science (volume 60 [MZ1] of the Berner Unversitätsschriften entitled Grenzen in den Wissenschaften, published in 2017 by Haupt Verlag in Bern). For example, the physicist Claus Beisbart explores the limits of knowability and ends up in philosophy and epistemology. He writes that a binary yes/no logic for understanding knowledge is not sufficient for determining the limits of knowledge, and that this type of logic can never reflect the complexity of the arguments for or against a hypothesis.

Avoiding tunnel vision
Lino Guzzella, President of the Swiss Federal Institute of Technology (ETH), also has an affinity for the humanities. In the NZZ newspaper (25 September 2017), he described how the humanities make a change of perspective possible in the natural sciences that is needed for a more holistic view: “Not everything that is technically possible is desirable for society or economically feasible. The humanities prevent tunnel vision and place technology in a historical and cultural context.” He added that historical awareness must not get lost in times of accelerated change. “A critical attitude towards oneself and the world makes people more resilient—not only to doomsday sayers but also to the quasi-religious shawm sounds of uncritical apologists for technology. Critical thinking is part of the essence of scientific work.”

Increasing self-criticism
“The majority of students and researchers in the natural sciences don’t have a human and social sciences culture. There is a high level of institutional specialisation, meaning there’s no natural home or base camp for science studies,” said Bruno Strasser, Professor of History of Science at the University of Geneva and Adjunct Professor at Yale. He is working on the issue of citizen science and criticised academia in the September 2017 issue of Horizons research magazine. He said he regrets that science studies in Switzerland is struggling to develop because there are few institutions for it. The University of Basel even ended its Chair for Science Studies in 2014. Strasser also called attention to the fact that science studies raises painful questions about the way research works.

Countering the dictates of biologism

“The core competencies of the humanities—analysing, classifying and questioning—are desperately needed right now. Instead, the humanities are under fire. A crude biologism is on the march,” wrote Min Li Marti in the NZZ newspaper (25 September 2017). She is a Swiss Social Democratic Party (SP) member of the National Council, a publisher and the chief editor of the weekly newspaper P.S. The problem is this “shallow and mechanistic evolutionary psychology approach” that assumes that “engineering sciences are hard and human relationships easy,” she added, quoting the Turkish-American sociologist Zeynep Tufekci. Marti observed that those in the humanities are accused of sitting in their ivory towers discussing irrelevant issues in their incomprehensible jargon. “It’s true, some post-structural studies are rather hard to understand. However, I doubt that the man or woman on the street understands treatises on quantum physics or econometric calculations any better,” Marti added. “Yet the latter are considered science and the former a waste of time. Utility is dictating science.”

Pushing limits is necessary
“All scientific disciplines should be embedded not only in their independent subject areas, but also in society. Culture generates the overarching and comprehensive system within which all sciences have their place.” This comes from Aleida Assmann’s lecture for the Collegium generale’s lecture series in Bern (see Grenzen in den Wissenschaften, published by Haupt Verlag in 2017). She believes it is the work of cultural science to carefully examine itself. Cultural science is therefore, in contrast to other disciplines, a discipline that is by definition dependent on pushing and crossing limits. Assmann, Professor Emerita of English, and Jan Assmann, Professor Emeritus of Egyptology, were awarded the generously endowed international 2017 Balzan Prize. Their concept of “cultural memory” shows what shapes people’s awareness of time and memory as well as their view of themselves and their world. According to this concept of cultural memory, ETH President Guzzella does not need to worry about historical awareness getting lost in times of accelerated change.