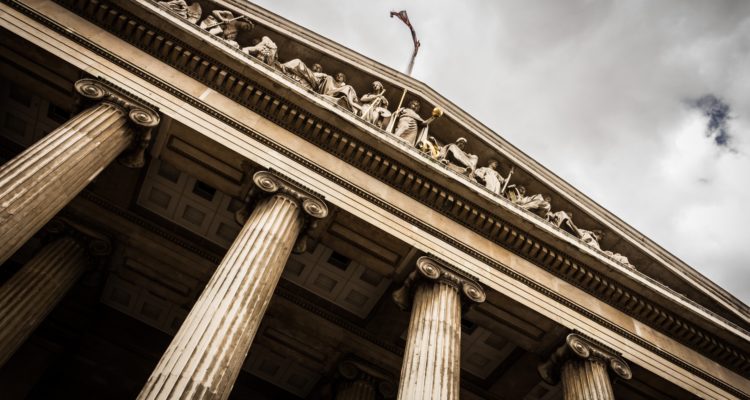 It is no secret that the Associated Press (AP) news agency in the US has already published thousands of articles written by robots—mostly about sport, the stock market, the economy and the weather. The AP uses robot journalists to write news reports and news stories based on data. In Switzerland, the corresponding body is the Swiss News Agency (sda/ats), an organisation that is also feeling the pressure of digitalisation. As of yet there is no talk of robot journalism at sda/ats, but its management is dramatically downsizing the agency. A wave of strikes has alarmed the public and politicians, an intense flurry of debates has broken out, and conciliatory proceedings involving the Federal Board for Conciliation are imminent. Since January 2018, more than fifteen sda/ats employees have been given notice, and dozens of others have had their working hours reduced. On Monday, 12 March, sda/ats employees put on a performance in the centre of Bern depicting their situation: they stood on Waisenhausplatz in the shape of the agency’s logo, which then gradually broke apart and disappeared (see link to the YouTube video).

Bernhard Pörksen, a media scholar at the University of Tübingen in Germany, has a new book out entitled Die grosse Gereiztheit—Wege aus der kollektiven Erregung (“Hysterica passio—ways out of the collective hysteria”), published by Hanser Publishers (2018). In his book, Pörksen describes the interconnected world as being in a state of frenzied agitation. International examples document this pattern throughout the 220 pages of his book. In an interview with the NZZ newspaper on 15 February 2018, Professor Pörksen said, “I don’t advocate any form of Internet pessimism in this book. I too waver, swinging back and forth between the extremes of an apocalyptic and a euphoric mindset on an almost daily basis. On the one hand, we recognise that the Internet offers us a wealth of information and almost instant access to highly interesting ideas; and at the same time, we are appalled at live-stream videos flushing out a cesspool of hate and malice.”

Bernhard Pörksen has not found a solution to the publishing dilemma of how to finance quality journalism amid the cultural upheaval of digitalisation either. He does, however, describe how a fifth estate—the non-traditional media—is developing alongside the three executive, judicial and legislative estates, and the fourth estate of the traditional media. This fifth element adds a new dimension to the goal of educating a society in which everyone can publish their opinions. As the arena of communication becomes more inclusive, users of digital age media can contribute by encouraging a platform ethics with the appropriate standards and principles acting as a regulating authority. In our Swiss democracy, people expect the media to be fair and reliable. Because journalism in Switzerland is a type of militia system without any formal legal requirements for working in the field, the media industry has regulated itself with a media ethics commission, the Press Council, since 1997. Anyone can file a complaint about a media report with the Press Council free of charge, and it then decides if and why the media report violates its code of conduct. The Press Council publishes its decisions; it does not, however, have any authority under criminal law. Its “operational arm”, the Swiss Press Council Foundation, consists of fifteen journalists and six representatives from the public who complement the code of conduct with their practical experience. Now, with the advent of digitalisation, the goal is to develop a new communications ethic—a task that a press council still operating under a traditional code of conduct is unable to perform. The Press Council’s recently relaunched website looks like an homage to the quality journalism of the past. What is needed instead is an identity befitting a new, modern organisation—without the nostalgia—that addresses the reality of a digitalised society in which the publication of opinions is open to everyone.

The rise of the reader

“I believe we are currently transitioning from the old type of media democracy, characterised by journalists who set clear agendas and act as gatekeepers, to a democracy of outrage, where everyone can join in,” said Pörksen to the NZZ. In his view, a journalism of dialogue is the necessary response to a public that understands and influences the media and can position itself at will. The charade of the all-knowing journalist has long been passé and is no longer what people want; in a society where everyone can publish their opinions, everyone is on equal footing. Journalists therefore need to stop lecturing their readers. And a further shift in perspective is needed: along with communicating content, journalism must systematically inform readers about how information is obtained. Pörksen sees gatekeepers becoming “gate reporters”, with all sources, selection criteria, etc. made transparent to readers. As Pörksen writes in his book, “One’s communication should never be considered an end in and of itself, but rather a starting point and catalyst for dialogue and discourse.”

Pörksen’s statement that “one’s communication should never be considered an end in and of itself, but rather as a starting point and catalyst for dialogue and discourse” could become one of the mottos for the #digitale21 symposium on 11–13 April in Lugano. For these three days, the conversation will revolve around the effects of digitalisation on education, learning and work in the 21st century. Those taking part in this conversation are well aware of what is in store for them in the coming months and how communication is in a state of flux. Ideally, several of the key players in Lugano will be willing to serve as the seed crystal for a new organisational body: the platform council. In it, scientists, politicians, publishers, digital platform managers, journalists and representatives from various social groups can together consider which standards are necessary and how ethical considerations can be incorporated into the education of young Swiss people. Learning computer programming is all fine and well, but the effects of digitalisation on society must not be forgotten in the process. This may all sound rather theoretical, but until recently, who would have thought that robot journalists would one day write market reports? The time to act is now.