Press release dibattito #digitale21: Digitization and education. What do students think of it? 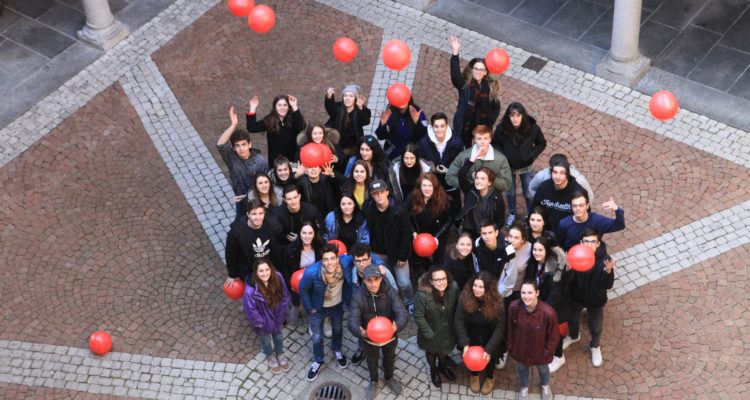 Press release dibattito #digitale21: Digitization and education. What do students think of it?

Today’s teenagers and schoolchildren are increasingly absorbed in new technologies and most communicate only through chat rooms and social networks. But what is their opinion regarding digitization and education? On March 8 and 9, 40 students of the Scuola Cantonale di Commercio (Cantonal Trade School) discussed the issue in the context of the project #digitale21, promoted by the Swiss Academy of Sciences in cooperation with the University of Applied Sciences and Arts of Southern Switzerland (SUPSI), Università della Svizzera italiana (USI), The Swiss Federal Institute for Vocational Education and Training (SFIVET), and the Science et Cité Foundation.

The students had the chance to voice their opinion on the benefits and risks of digitalization  education. The two-day event organised by USI L’Ideatorio took place in Bellinzona in the City Council hall. The outcomes of the discussions vary: on the one hand, participants think it is necessary to introduce a course, already during middle school, to learn how to use the most common software programs and to build a critical approach to the Internet; on the other hand, there is a major concern regarding the excessive use of computers, tablets or smartphones as teaching tools during class. Students generally perceive these devices as a source of distraction rather than learning.

According to the students who took part in the discussions, digitization can be an opportunity, provided that new investments are made in training teachers and in developing tools tailored to the different subjects taught in school. The need to raise awareness among students and their families has also been identified, to show that the new digital devices are not only tools designed to chat and post on social networks, but can also be used in support and to enrich the learning experience.

The outcomes of the students’ discussions will be shared and taken into account during the symposium #digitale21. The two-day event, from April 12 to the 13, will host a series of public conferences to encourage a creative and interdisciplinary dialogue between educators, researchers, innovators and professionals. A preliminary session, for training professionals and educators only, will be held on April 11.