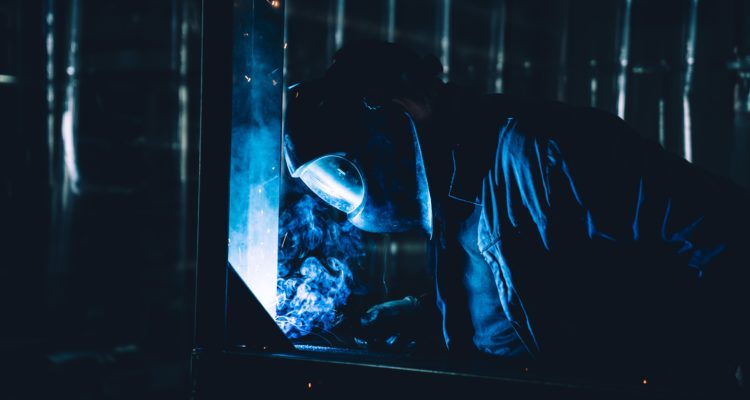 How many jobs will disappear in the digital revolution? This forward-looking question has sparked off a global debate in the past few months. The initiators of the debate are not politicians, but rather prominent professors from England and the USA who have published a few studies with scenarios that tend towards scaremongering. Selected journalists are acting as amplifiers, mobilising a global pack of journalists.

The panic orchestra
Rapid automation is going to turn the labour market on its head and risks creating social conflict, said Erik Brynjolfsson, an MIT professor from Boston, USA, in an interview with the newspaper NZZ am Sonntag. As well, Carl Benedikt Frey, Professor of Economics at the University of Oxford in the UK, and his colleague Michael Osborne published a study entitled The Future of Employment. The Frankfurter Allgemeine (FAZ) newspaper wrote the following about Frey: “This is what the man looks like who can scare millions of workers around the world stiff.”

Panic attacks
And then there is Martin Ford, a 53-year-old IT entrepreneur who wrote the bestseller Rise of the Robots. The Silicon Valley author recognised that robots and artificial intelligence will edge many employees out of their jobs. Ford told NZZ am Sonntag, “Knowledge jobs are often easier and cheaper to automate.” He gave an example of how a radiologist can be replaced by a computer in the future. Ford’s message is clear: the middle class is going to get hit hard!

A recycled model
Joël Luc Cachelin, an economist at the University of St.Gallen, has made a name for himself as a digitalisation expert. In looking for ways to handle digital uncertainty, he ended up at the idea of basic income, a concept from the 1970s. The economists Wolfram Engels, Joachim Mitschke and Bernd Starkloff developed a concept for Germany based on a negative income tax, which was an idea propagated by Milton Friedman since the 1960s. According to this concept, the tax authorities deduct a fixed tax allowance from every taxpayer’s amount of tax due; if the allowance is more than the tax due, the difference is paid to the taxpayer. Swiss voters, however, rejected the popular initiative “Unconditional Basic Income” on 5 June 2016.

More new work—again
According to Cachelin, having a profession and an employment contract will lose their significance with digitalisation, so people must develop their own potential: the unemployed cashier could become a reader, and the redundant bookkeeper could become a photographer. Who has never heard of Frithjof Bergmann’s “New Work” movement? Bergmann founded the first New Work Center in the 1980s in “Vehicle City”, the nickname for Flint, Michigan, USA. Bergmann advises governments, companies, unions and communities as well as youth and the homeless on issues related to the future of work and innovation.

A map of work
As the debate on digitalisation echoed around the world, studies were also carried out in Switzerland. For example, the consulting firm Deloitte investigated how scarce human resources are going to become for different professions: one-third of all jobs can be automated. According to Deloitte, so-called knowledge workers, for example physicians, are difficult to replace. So in contrast to Martin Ford’s warning, this study shows that the middle class will be strengthened. In addition, essential “human workers”, such as teachers and caregivers, will be able to keep their jobs.

A lack of clarity
The Zurich University of Applied Sciences (ZHAW) surveyed 600 professionals and managers in Switzerland in order to obtain a “calmer picture” of digital transformation. More than three-fourths of them did not believe that their job will be replaced by machines or robots. However, all of those surveyed had a high level of education. And there is still no clear definition of what can be expected with digitalisation or Work 4.0.

Awareness without scaremongering
In January 2017, the Federal Council also reacted to the debate on digitalisation with its report on the basic conditions for the digital economy (“Bericht über die zentralen Rahmenbedingungen für die digitale Wirtschaft”). The report is formulated very carefully and without scaremongering. “Deloitte came to the conclusion that approximately 270,000 net jobs will be created in Switzerland by 2025. Creating new jobs generally requires more time than replacing jobs due to the fact that developing new business models and acquiring know-how in new areas are typically long-term processes. Job-replacing technology, on the contrary, can generally be used as soon as it is available. Therefore, negative effects of technological advances on employment cannot be ruled out in the short and medium term.”