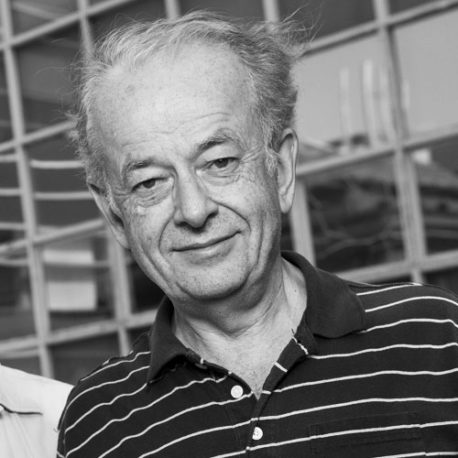 Federico Capasso is an Italian born (Rome, 1949) and US naturalized (1992) citizen. After obtaining a doctorate in physics at the University of Rome, he joined the Bell Laboratories in New Jersey, USA, in 1976, and he had a brilliant career as scientist and research leader there. He has been Professor of Applied Physics at Harvard University since 2003.
Thanks to his key insights in the engineering of the quantum properties of materials and to his brilliant team, a radically new type of laser, the Quantum Cascade (QC) Laser, became a reality. In a QC, the laser wavelengths in the mid- and far-infrared can be chosen across a large range by varying the thicknesses of the laser’s active layers of the same materials at the nanometer level.
Nowadays these lasers are found in countless molecular spectroscopy laboratories and are a basic tool for pollution monitoring, atmospheric chemistry, medical diagnosis, industrial process control, and the detection of explosives. Federico Capasso and his group have steadily improved the designs and performances of QC lasers over the years, opening new application fields. Furthermore, he is among the most successful scientists in the study and application of plasmonics and metamaterials, i.e., the interaction of photons with metallic nano-structures through the creation of surface plasmons (electron oscillations resulting from photonic excitations). Recent developments include the demonstration of generalized laws of reflection and refraction and the engineering of so-called flat-optics, i.e., the design of optical elements produced on a completely flat surface through nano-design.
Federico Capasso is one of the world’s top scientists active at the interface between basic and applied research. He has the facility to tackle new problems and develop them from new science to exciting new technology and applications.

«During my 40 years of research in the US first at Bell Laboratories in Murray Hill, New Jersey and later at Harvard University in Cambridge, Massachusetts, my research has been guided not as much by discipline but by a “problem solving” attitude. I have enjoyed tremendously and learned a lot by working at the interface between disciplines. As I like to say Nature does not know what optics, solid state physics, chemistry, biology and so forth are! These are just human constructs to organize and teach knowledge. With this pragmatic approach at Bell Labs we invented the quantum cascade laser by exploiting advances in materials engineering and quantum design. This laser dramatically extended the wavelength range of lasers in the region where light is invisible and opened the door to important new applications. At Harvard I launched a company with members of my group, which develops a handheld device based on this technology that can be used to quickly and precisely analyse chemicals at safe distance. Now my focus is on revolutionizing optics by replacing most lenses, which are curved and bully, with flat lenses that give much sharper images and I just started my second company to bring them to market. I have come to realise that in science and technology it is all about passion and working persistently, being focused and yet still being open for surprises. Creativity is critical of course but to some extent can be learned!

I am looking forward to the event in Lugano, where I will share my experience as a researcher and a teacher engaged in problem-solving by working with students and young colleagues on an equal footing. Science thrives when we forget about hierarchies and authority.»