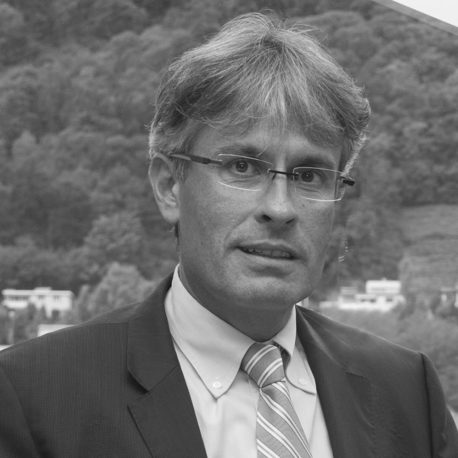 After graduating in Civil Engineering at the Federal Polytechnic of Zurich in 1991, he was hired by the Ceresa Rezzonico Engineering Studio (later renamed Ceresa – Rezzonico – Gervasoni SA), with offices in Airolo and Bellinzona. In 1995 he became co-owner of this studio, which in those years was comprised of about 25 employees. Concurrently, in 1994 he started as a teacher at SUPSI. Between 1994 and 2008 he taught degree courses in civil engineering and architecture in the following subjects: construction in steel, timber and concrete, statics, and theory of structures.

In 2003 he was awarded the title of SUPSI Professor. He left the engineering firm in 2001, being appointed as Director of the Department of Environment, Construction and Design at SUPSI. Since January 2008 he has been the Director of SUPSI. He also directed, ad interim, the Department of Training and Learning at SUPSI from November 2011 to June 2012. In January 2015, he was elected member of the Swiss Steering Committee of swissuniversities, and since January 2016 he has been Chairman of the Strategic Planning delegation of swissuniversities.