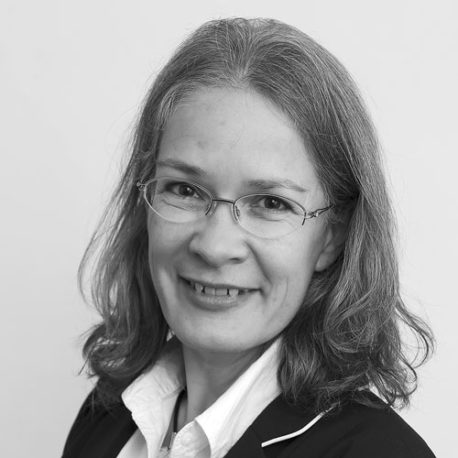 «Digitalization is a fast revolution in our society. Time to study its effects and opportunities on/in Science, Innovation and our Society!»

Katharina M. Fromm studied chemistry in Karlsruhe and in Strasbourg at the trilingual “Ecole des Hautes Etudes des Industries Chimiques de Strasbourg” before earning her PhD from Karlsruhe University in 1994. After postdocs, she became a Junior Lecturer at the University of Geneva where she obtained her habilitation in 2002. An Emmy Noether II project from the Deutsche Forschungsgemeinschaft as well as a Swiss National Science Foundation Professorship allowed her to become Assistant Professor, first in Karlsruhe, then at the University of Basel as of 2003. Since 2006, she is full professor at the Department of Chemistry of the University of Fribourg.

She has also been elected as the first Fellow of the American Chemical Society in Europe in 2013, was member of the Platform Chemistry of the Swiss Academy of Sciences and acts as mentor to a group of young talents via the Swiss Study Foundation. Apart from her research activities in the areas of antimicrobial coatings, nanoscale battery materials and the bioinorganic chemistry of silver, she is active in public outreach activities and pushing the MINT areas.