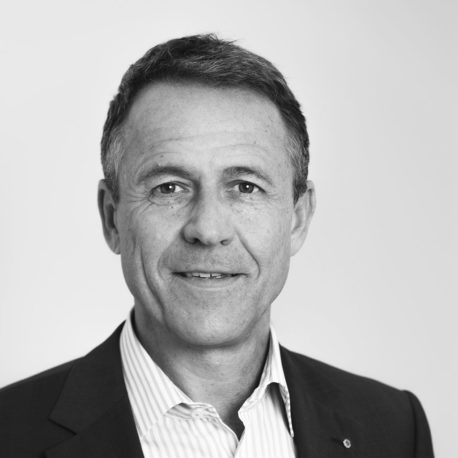 «Under many aspects the digitalization can enhance the quality of life of older people – www.ageingsociety.ch»

Markus Zürcher (*1961) studied Swiss history, economy and sociology at the University of Berne and as Visiting Student at the University of Lancaster. He worked both as auxiliary assistant and as assistant at the Institute of Sociology of the University of Berne. In 1994, M. Zürcher promoted under Prof. C. Honegger. Since 1995 he has been working at the Swiss Academy of Humanities and Social Sciences (SAHSS); since 2002 he is the Secretary General of the same academy. In November 2006 he was appointed chair of the board of directors of the new founded Academies of Arts and Sciences Switzerland. He fulfilled this task until 2016. 1999, M. Zürcher finished his post-doc study as a Master of Public Administration (MPA) at the «Institut de hautes études en administration publique» (IDHEAP) in Lausanne. From 2000 to 2010 he gave regularly lectures in sociology and in history of social sciences at the Universities of Fribourg and Berne. Since 2007 he is a lecturer for scientific methods at the University of applied sciences, Department of business and management, Berne. Topics like science history, research politics, social politics and New Public Management are within his field of interests.