Virtual worlds and debates about digitalization 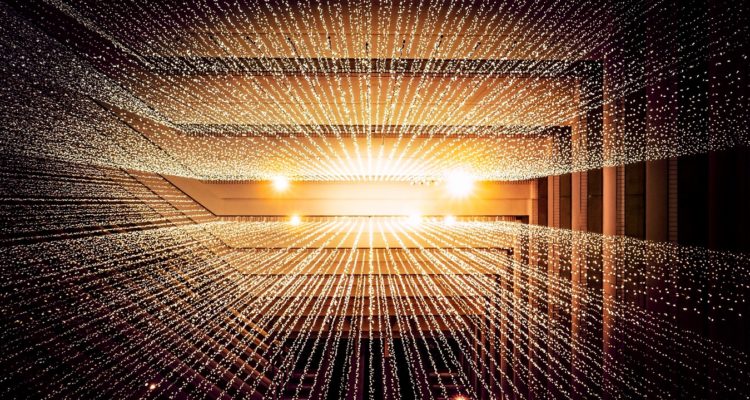 Virtual worlds and debates about digitalization

In the contemplative days around the start of the new year, journalists, futurists and other experts write at great length about everything that lies in store for us. At the end of 2017, their focus was on digitalization. Case in point: on New Year’s Eve, we read in the NZZ am Sonntag newspaper that Japan is the laboratory of the future. A fertility rate of 1.5 children per woman and restrictive immigration policies have thrown Japan’s demography out of kilter. The country is no longer focusing on increasing the birth rate; it is banking on robots instead. The infatuation that the 127 million Japanese have with technology is not to be underestimated. Just look at Aibo, Sony’s robotic dog that never needs to be taken for a walk: it came on the market in 1999 and was a worldwide sensation at the time.

The first order of business in Tages-Anzeiger’s year-end review involves the ubiquitous hashtag: #12, the newspaper’s “best-of” app, is available in print. In it, futurist Matthias Horx considers dating platforms. “They imply that looking for a partner is a kind of consumption: get the best you can at the lowest price. People sit on the sofa and pick out a dating candidate based on rational criteria generated by a matching algorithm. It is an attempt to plan and control love.” He adds that this mode of consumption and comparison creates a state of panic that ultimately leads to unrequited love. “Because someone even better could come along. But actually, love is the adventure of finding something unique in a person—without constantly comparing him or her to someone else.” The mystery of love cannot be solved with an algorithm, maintains Horx, a romantic as well as a futurist.

Political fatigue is the signature of our digital age

Retired literary scholar Manfred Schneider is concerned about political fatigue in the digital age because he sees politics being reduced to a public spectacle (NZZ). He asserts that everything is framed as good or bad, right or wrong, in order to increase the entertainment value of politics. “These days, when politicians keep clamouring for better and faster digitalization—and indeed, a lot can be said for that—they are at the same time contributing to the creation of a more uniform reality.” Schneider adds that we should not mindlessly scan the profusion of uniform realities flickering across our screens for their entertainment value, but rather assess their relevance to our personal experience and insight.

This headline was featured in the NZZ am Sonntag on New Year’s Eve. Because of the current blockchain boom, the canton of Zug’s government is anything but bored. The region is developing into a “Crypto Valley” amid the boom. Every week, groups of experts from the US and China travel to Zug. They believe that blockchain technology is another bright star in the digitalization heavens. To keep apace with developments, Federal Councillors Johann Schneider-Ammann and Ueli Maurer have created a task force. Will the authorities be able to keep up with the accelerated pace of the blockchain industry? What the industry needs are liberal regulations that minimise risks and create a clear legal framework. According to Zug Cantonal Councillor Matthias Michel, “We are counting on self-regulation as much as possible. This enables us to react more quickly and efficiently to the changes in this very dynamic field.”

Issue 4/17 of the SAHS Bulletin, which focuses on the effects of digitalization, has been available online and in print since Christmas (in German). In it, Thomas Rudolph, Professor of Marketing and Retail Management at the University of St.Gallen, expresses his thoughts on the future of commerce. “Along with additional online marketing channels, personalised communication and even better services that are made possible by the increased interconnectedness of many computers (the so-called Internet of things), business models are also changing.” Merchandising, with its generous margins, is facing competition. The long-established concept behind the car sharing model is going to become more common in other industries. In addition, the subscription model, which no longer actively involves the customer in the buying process, is starting to play an important role in impulse buying of products such as cosmetics, jewellery and clothes. In this model, money is made primarily from monthly instalments, transaction fees, additional purchases in online shops and selling customer data to suppliers. Digitalization is revolutionising commercial activity by creating more diversity—the days of simple buying and selling in exchange for money are numbered.

Regardless of everything that journalists, futurists and experts write, what the future holds remains a mystery—and that is a good thing. Otherwise, the political fatigue that Professor Schneider described would be of pandemic scope. What is clear is that we are in the middle of an exciting transformation that is changing our professional and private lives and galvanising research. In April, the #digitale21 symposium in Lugano focuses on the effects of digitalization on training, learning and working in the 21st century. Key players in business, politics and research will exchange ideas face-to-face—not virtually.

Futurist Matthias Horx states that in Japan, 70 per cent of single men and 60 per cent of women between the ages of 18 and 34 are not involved in a romantic relationship. Instead, they live out their sexuality mostly in virtual worlds. Men find women to be demanding, expensive and incomprehensible. And women find men boring. Horx says, “What Japan’s collective society values most are duty, honour and rituals that rarely involve the self.” The self, however, is embedded in the concept of romantic love. Is digitalization the seed crystal of Japan’s gender isolation? Very unlikely. Is Japan really the laboratory of the future? No, thank you! That is why we are meeting together at the #digitale21 symposium in Lugano.